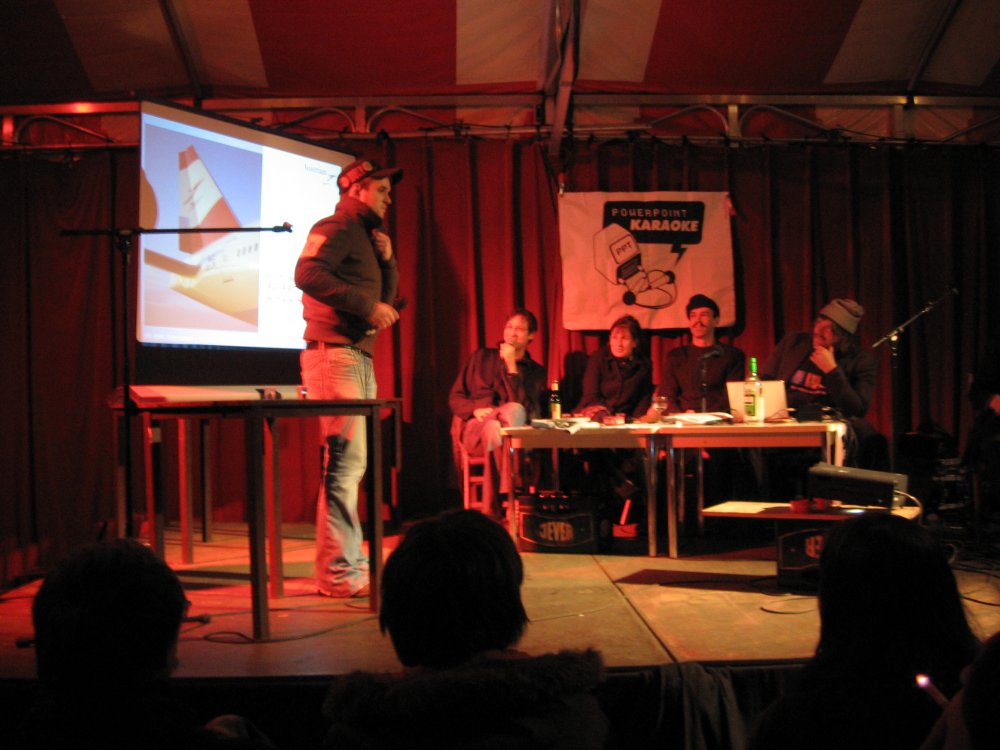 Powerpoint Karaoke participant and jury at the freaks, friends and players festival in Bremen, 2006. 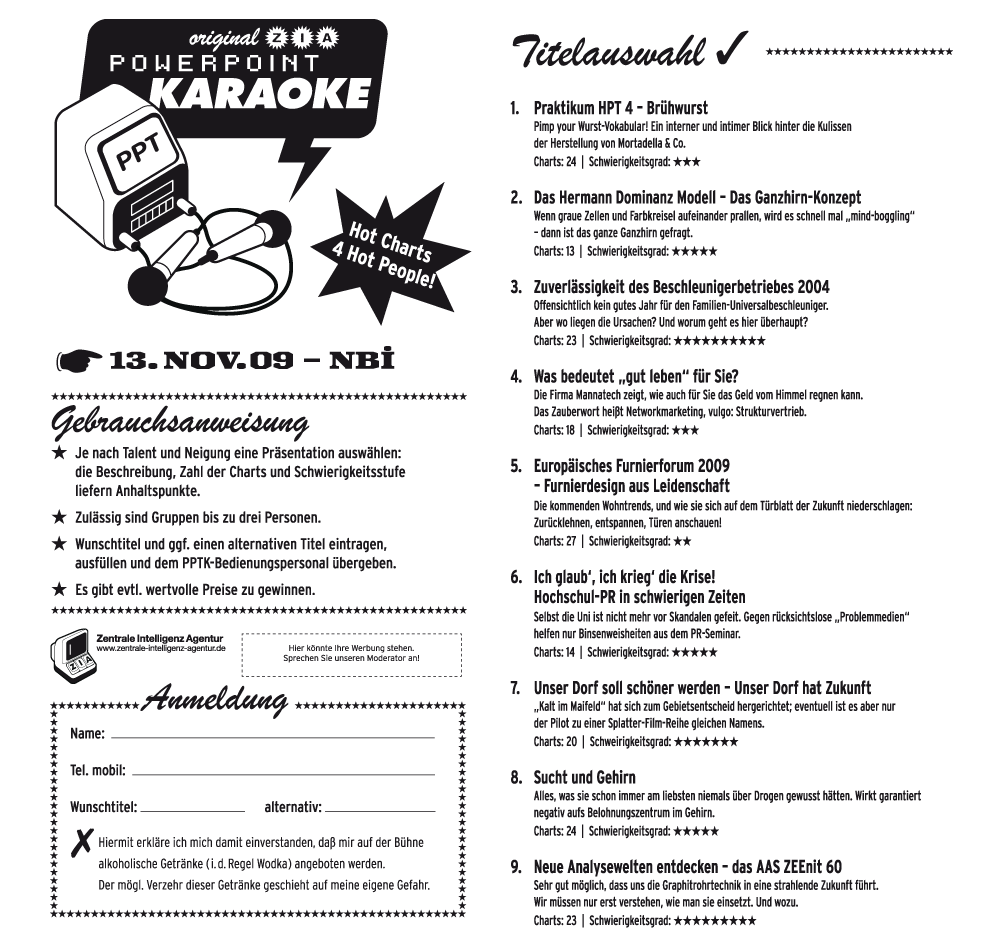